A HISTORICAL ALPHABET FOR YOU. 2004 ARKEN, MUSEUM FOR MODERNE KUNST, ISHØJ

A Historical Alphabet for you asks questions about how we systematise our conception and perception of the world in order to feel at home in it. It presents an alternative, subtle look at the workings of things and plays with the observer’s mental, associative response to them.

View from the exhibition at Arken 2004. Red screen, wall text and part of the alphabet.

Wall text:
I realized immediately that an unknown lemon was carrier of the death that struck a defenceless present age. Because of an error in the conception of reality, a misuse of invisible rays took place, in such a way that an extreme sexual emancipation made the masses maneuverable but at the same time exposed to economic interests.

Taking the law into one’s own hands led to infanticide and death. An explosion led to submission and the invasion of morality, which in turn entailed censorship. Fortunately, there was communication with a message from Earth that careful stimulation creates a desire for a true, pure experiment with gender – and a demonstration that an underprivileged man loses his inclination for victory and yet can even so achieve sex of an unfathomably light and lively yellow mood. 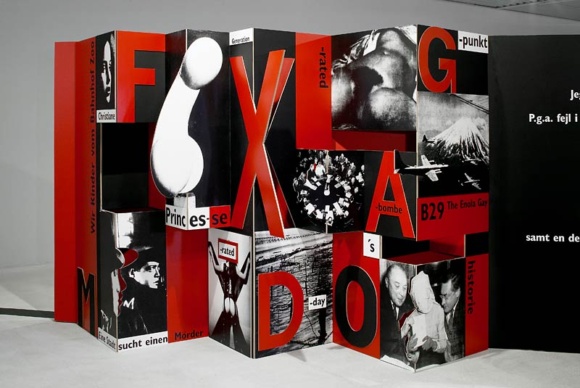 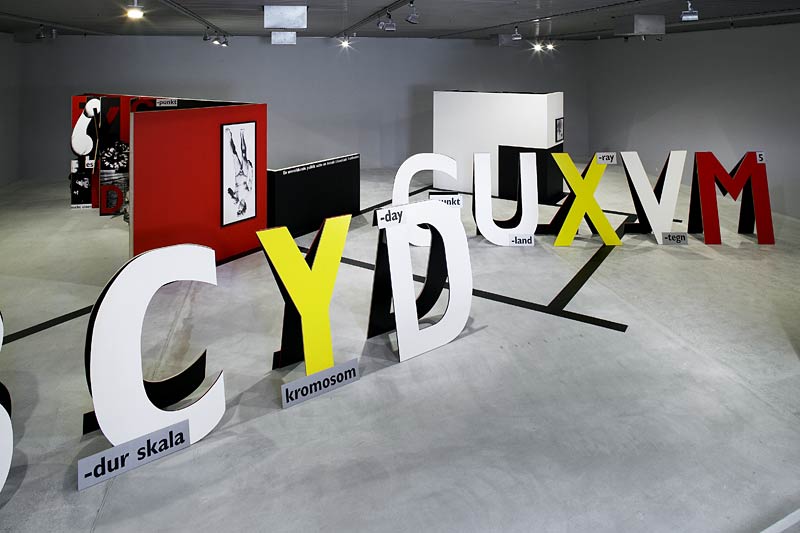 The Alphabet. View from the exhibition at Arken 2004

The Y chromosome is the smallest chromosome and only contains few genes. A particular gene on the Y chromosome produces a substance that causes the embryo to develop testicles and other male sex organs. 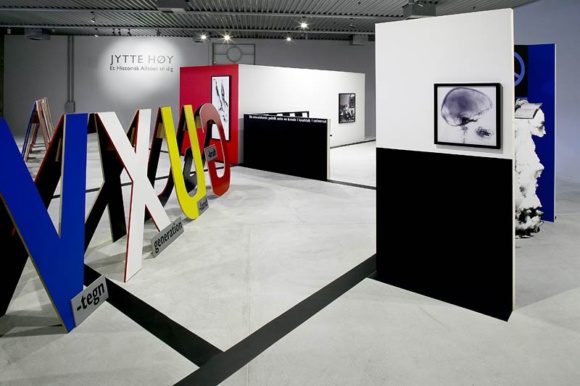 View from the exhibition at Arken 2004 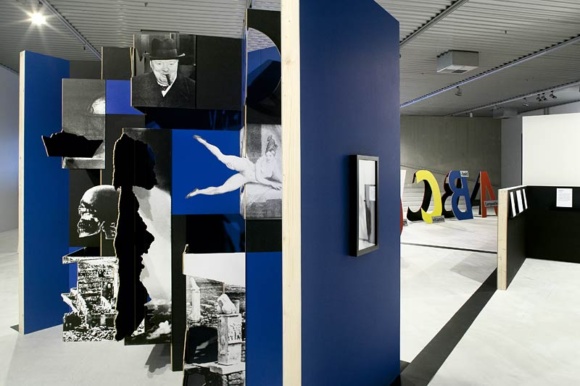 Blue screen. View from the exhibition at Arken 2004

V sign, victory sign given by Winston Churchill c. 1940
Churchill’s famous ‘V sign’ comes originally from a Belgian radio reporter, Victor de Laveleye, and dates from the end of 1940. The word ‘victory’ in English and French starts with a V. Later, sound was added to the V sign. It was the Morse version of the letter ‘V’ and the opening bar of Beethoven’s Fifth Symphony on the drums – three shorts and a long. This opened all European broadcasts of the BBC during the Second World War. 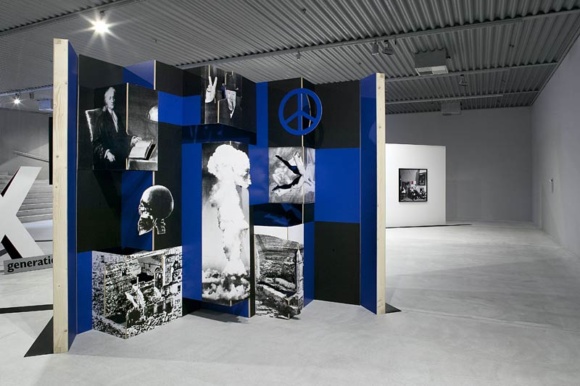 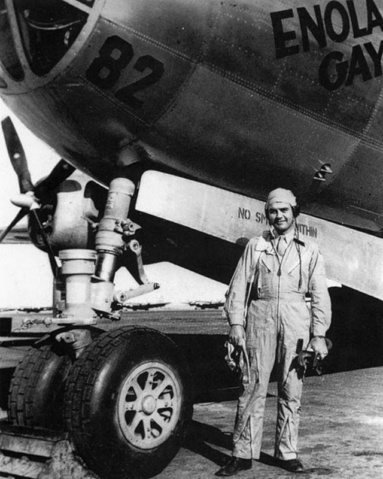 The pilot who flew that plane gave it the maiden name of his mother, Enola Gay.

Plan B
The first atomic bomb was dropped on Hiroshima on 6 August 1945. Three days later, another B-29 bomber took off loaded with the next atomic bomb. The target was the town of Kokura. But the weather was bad and the plane had to pass through both tropical rainstorms and thunder, only to find Kokura hidden beneath a layer of thick cloud. As the pilot was unable to see his target, he made for Nagasaki instead. 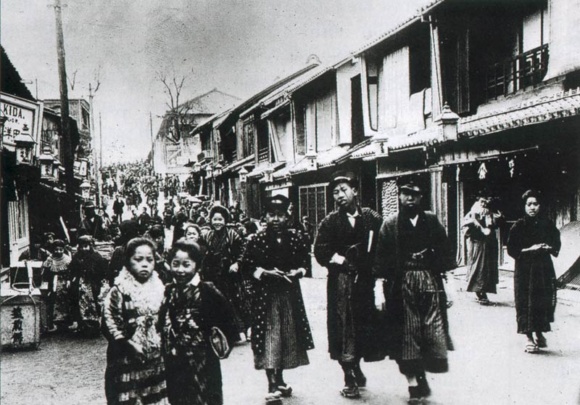 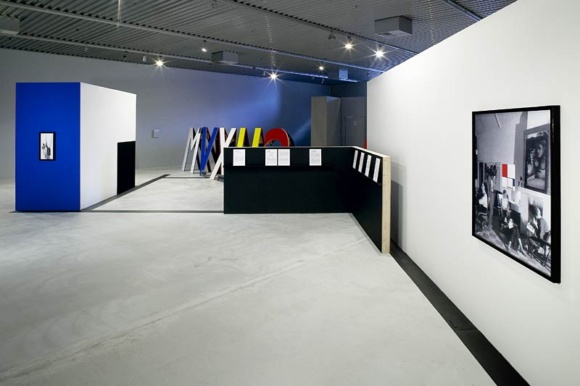 Composition A, a painting by Piet Mondrian 1932

The Dutch painter Piet Mondrian developed his own completely non-representative compositions. His aim was to find a form of painting that could represent a true, pure reality. In his opinion, this could best be achieved by the use of the primary colours and a clear structure consisting of vertical and horizontal lines as well as light and dark, represented by the colours white and black. 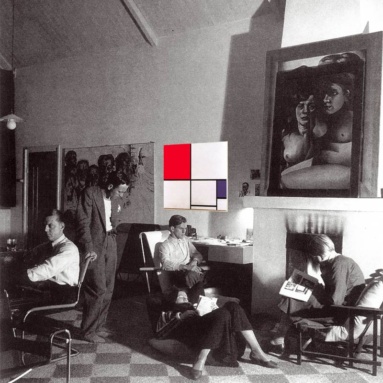 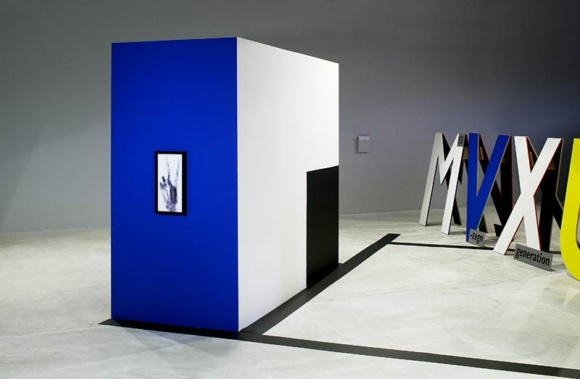 View from the exhibition at Arken 2004

X-rays, 1895
At the university of Würzburg, Wilhelm Röntgen’s attention was caught by a gleaming fluorescent screen. The day was 8 November 1895. Röntgen immediately established that the fluorescence was caused by invisible rays, rays that in some mysterious way passed through the black paper that had been wrapped round the screen. Röntgen had discovered X-rays – a discovery that revolutionised the fields of physics and medicine. 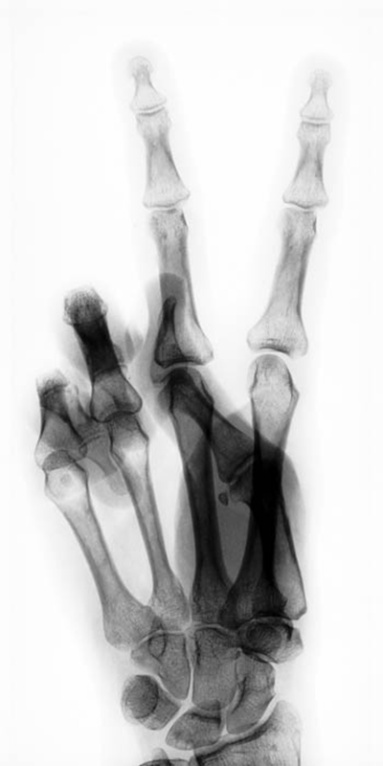 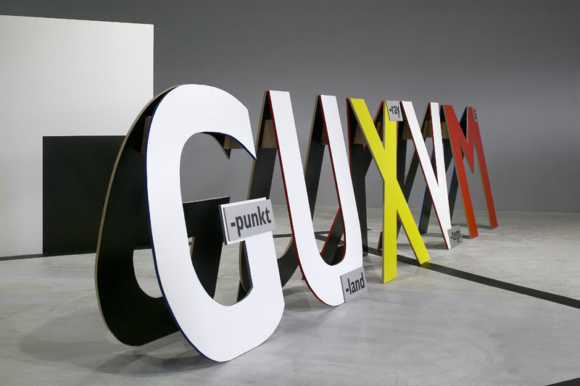 G-spot, erogenous area in the vagina. Described by Gräfenberg in 1944

The G-spot lies at a distance of approx. 4-5 centimetres from the entrance to the vagina, measured from the front wall. It does not lie directly in the front wall but behind it, close to the urethra. The female urethra is surrounded by tissue which, when stimulated – like the penis of a man – swells up and becomes rigid. The G-spot can trigger an intense orgasm. 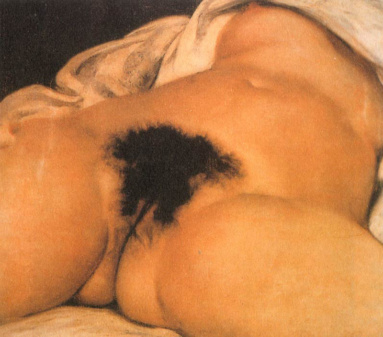 In an attempt to get his sculpture, a bust of Princess X, exhibited at Salon des Indépendants in Paris in 1920, the Rumanian-born sculptor Constantin Brancusi, who lived in Paris, was the subject of a true Parisian scandal for the first and last time. The heated debate as to whether his bust represented a woman or, as others believed, a man’s private parts, surged back and forth without anyone being able to resolve the enigma. 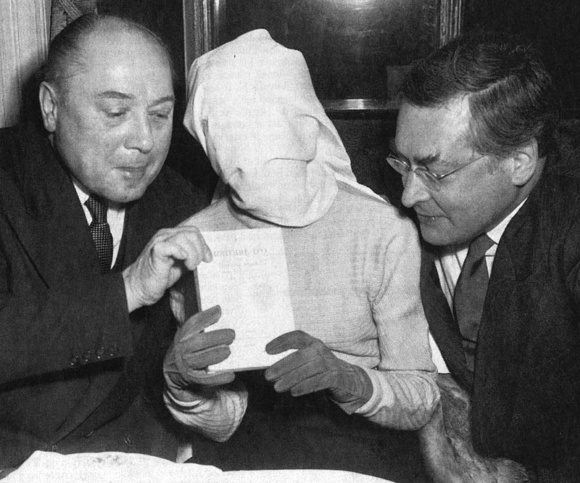 The Story of O, book by Anne Desclos, written under the pseudonym Pauline Réage 1954

The Story of O is one of the breakthrough erotic novels of French literature. It is not only interesting because of its controversial content – which, briefly, deals with a young woman’s voluntary sexual slavery to one man and later to another – but also because of the mystery that has surrounded its author, a young, unknown woman from Lyon (the publisher claims) with the assumed name Pauline Réage. Speculations were particularly fuelled by the fact that one of the leading figures of French literary criticism, Jean Paulhan, had written a lengthy preface to the book. Here he declares that the book could only have been written by a woman. Others, though, thought the exact opposite. Some thought it could even be Jean Paulhan himself.

The Story of O receives the Deux Margot Literature Prize 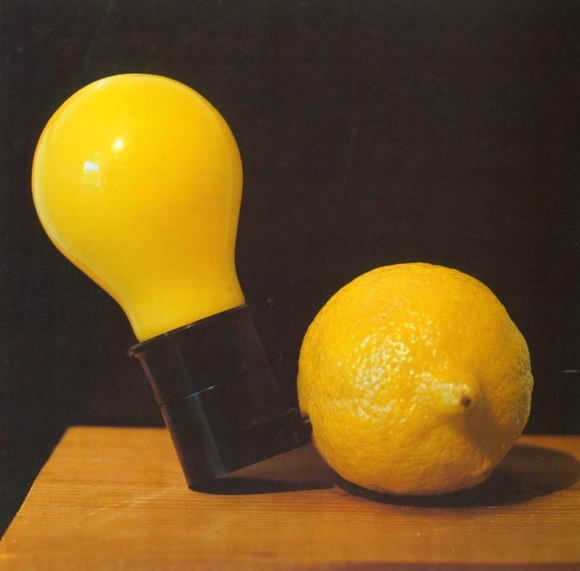 Vitamin C, ascorbic acid. Man is one of the few species of animals, apart from apes, guinea pigs and certain types of bats that are not able to produce Vitamin C in their own bodies. Anthropologists have concluded that a mutation took place in human beings several million years ago which meant that we only have four of the six enzymes left needed to convert glucose (blood sugar) into ascorbic acid in the liver.

M13, globular cluster, 1714.
Globular cluster in Hercules. Discovered in 1714 by Edmond Halley and catalogued in 1764 by Charles Messier. Globular cluster M13 was selected in 1974 as the target for the first radio message sent from Earth via the large radio telescope at the Arecibo Observatory to ‘extraterrestrial intelligent races’.